THE SIDE EFFECTS OF WATCHING PORNOGRAPHY

The late 1980s, it is thought there were just three kinds of people using the internet: civil servants, academics and people looking for pornography. Presumably, they were not mutually exclusive either.

Over the next few years, sex sites began pioneering every incoming technological development, adopting text and visuals before many other sectors, innovating file sharing, and making huge amounts of money. By 1995, when the US entrepreneur Gary Kremen (that’s Kremen like ‘Werder Bremen’, not Kremen like ‘semen’) registered sex company, the industry was already a dominant force.

Believe it or not, studies show that those of us who make more frequent use of pornography have brains that are less connected, less active, and even smaller in some areas. Thanks to modern science, now we know that the brain goes on changing throughout Pornography, constantly rewiring itself and laying down new nerve connections, and that this is particularly true in our youth.

The “high” you get makes you want to repeat the behavior again and again. Your brain is hardwired to motivate you to do things that will improve your health and chance of survival.

If this sounds like the classic symptoms of addiction, well….the head of the United States’ National Institute on Drug Abuse agrees.

The reward center (like we’ve talked about before) is usually a pretty great thing. Normally,
our brain attracts us to healthy behaviors and encourages us to form life-supporting habits.

Think about it. When you’re munching a snack or enjoying a romantic encounter, eventually your cravings will drop and you’ll feel satisfied. Why?
Because your brain has a built-in “off” switch for natural pleasures. “Dopamine cells stop firing after repeated consumption of a ‘natural
reward’ (e.g. food or sex),” explains Nora Volkow, Director of The National Institute of Drug
Abuse. But addictive drugs go right on increasing dopamine levels without giving the brain a break. The more a drug user hits up, the more dopamine floods his brain, and the stronger his urges are to keep using. That’s why drug addicts find it so hard to stop once they take the first hit. “[O]ne hit may turn into many hits, or even a lost weekend.”

Research shows that pornography use is linked
to less stability in relationships, increased risk of infidelity, and greater likelihood of divorce.

The worse people feel about themselves, the more they seek comfort wherever they can get it.
Normally, they would be able to rely on the people closest to them to help them through their hard times—a partner, friend, or family member.

IF you gats anyone in a situation like this and you need some help, feel free to contact me or click on the whatsapp linkon this page to chat with me directly on Whatsapp

You can also get our daily updates directly to your Email free of charge, simply subscribe to our newsletter below this page!!

Great article. You really did a lot of research and gave it rich content. Well done. 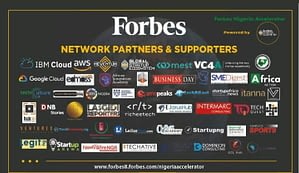 5 hair care routine for every woman

The goal of a hair care routine is to have strong, healthy, moisturized and luster hair. In the previous fashion and beauty article, we talked about the importance of adopting a hair care routine. I Read more…
%d bloggers like this: