How to be a perfect girlfriend for your guy

How to build a successful relationship

Being perfect isn’t easy, but it’s totally
achievable if you know what your guy really wants. Guys have a different perception of what they consider a “perfect girlfriend” to
be, but still there’s stuff most of us agree to be good qualities in a girlfriend. Women are not the only one’s looking for their soulmate, “the One” is a guy’s goal too.

Just like women, men want different things in a relationship. I, for instance, prefer a clingy woman… you know, the type that gets mad when I don’t call or text back. Or the kind that comes home early, makes dinner and waits for me in bed without a bra. That’s my obsession.

Also read: how to maintain a healthy relationship

Another guy, probably in Jamaica, wants a woman who can smoke weed and party like an Egyptian Cyprian.

Case in point – men all want different things in a woman.

The list of “Qualities of a Perfect Girlfriend” below is not in any particular order of importance; see which of them are most applicable to your guy’s desires and preferences.

There is always something your
guy wants, but he is too shy to ask or tell you. Many of these things he wants are listed below, so learning how to be a perfect girlfriend – that he’ll want to flaunt and watch like a hawk – has never been easier.

1. Have lots of self-respect and don’t compromise your dignity.

In my opinion, the first rule of being loved is loving yourself first.
Sure, it sounds a little selfish, but if you don’t respect yourself, don’t expect anybody to do it for you, or to you for that matter. Men find independent women overly attractive. So be independent, even in the way you carry yourself. Make him understand that you love him but you don’t need him. Mark your boundaries in bold and when he’s being an asshole, don’t hesitate to point it out.

Be bold enough to express how you feel and hold your ground. Being a little clingy is one thing but being a pushover is a whole different story.

2. Understand the difference between being supportive and being controlling.

Setbacks are inevitable in life, and your boyfriend has no immunity either. Sometimes, things get rough and as hard as he tries, nothing really works. Understanding that this is just a phase of life and learning to embrace it is key.

As his girlfriend, you need to stand by him. He needs you now more than ever. A common mistake among women, however, is going too far; what I like to call, overegging the pudding. Making decisions for him simply because he’s vulnerable is not being supportive. Stop pushing him around. Things are already hard for him, so don’t make them worse. Instead, talk to him in a reassuring way, derive solutions to the problem together and above all, don’t underestimate him.

Trust is important in a relationship. As hard as it might be, stop doubting his intentions as much as you can. If you have a problem with his behavior, approach him maturely instead of snooping around. Other than earning his trust, you’ll save yourself from a lot of anger, drama and sleepless nights.

Love is like a hill; there’s the ups and the downs, and as far as fights go, it’s only natural that they happen to you.
In fact, if you never argue with your boyfriend, your relationship is probably already doomed. Disputes are core in any relationship; it’s what makes our voices heard. Besides, you can’t expect everything to run smoothly all the time. You’re not Romeo and Juliet. Occasional fights are a necessary evil over the long term. That said, it’s important to act maturely when they occur.

Read More: how to know your partner is cheating on you

Understand that when he brings up an issue and you fight, it’s because he wants you to understand something about him or the relationship, not because he wants to hurt you intentionally. Try to be a good listener , forgive and forget and don’t air your dirty laundry on social media.

5. Learn the Art of Productive Nagging.

counterproductive. And you’ll only make him resentful and dream about his single days when he didn’t have to report to explain his throwing-socks-all-around-the-place self to
anyone (except maybe his mom).

Here’s how you can nag productively:

1. don’t raise your voice, talk to him as if he was a child… or in a seductive voice… you know the way you charmed your parents into
buying you something when you were a kid. That tone is golden.

3. phrase your complaint as a question, not a statement. Let’s say, he’s always late – and inconsiderate…
“Honey… I don’t want to nag or complain and stuff like that… (disarm him), but… you know, it would be really nice if you’d be on time (positive term, instead of “stop being
late”) more often… it’s OK this time (again), but would you come on time next time, please?” Add a kiss to that. Talk to him like an child that’s relatively stupid. This works like a charm. Especially if he expects you to
complain – he’ll be shocked that you didn’t scream at him, and feel a lot worse, than if you’ve gotten into an argument. Be discreet, indirect. If you attack him directly, he’ll feel
offended and he’ll try to rationalize his behavior and you’ll just get into a fight.

Nag and complain strategically – so it never seems like an attack, but a bit more deceptive and classy. He’ll do as you say. I promise. Try this next time. On second thought… you shouldn’t be making a big deal about small stuff anyway, woman! 😉

6. Keep your own interests and passions.

Above and beyond that relationship, you have your own life to live. Get a new look every now and then, go to the gym, eat healthy, get a career, stay in trend etcetera etcetera. You’re fully responsible for whatever you choose to do with your life. So explore, explore, explore.
Don’t let any relationship hold you back but keep your boyfriend actively involved in whatever you’re doing when it makes sense. You can, for example, ask him to accompany you to a road trip with your friends, or ask his opinion on things… just anything to assure him that his opinion matters to you. As silly it sounds, he likes knowing you appreciate his opinion. The more active you are in your own life, the more lively your relationship will become.

As I said earlier, we are all different in regards to tastes. No cheat sheet really exists with respect to matters concerning the heart. It’s important to evaluate your relationship and understand your partner fully. Then you can play by your own rules to make things work.

Learn to love from your heart and don’t use your relationship as a tool to fill a broken part within yourself. Balance your emotions with your thoughts and be confident in the love you share. As a bonus point, don’t try making your partner jealous in hopes of getting a reaction to prove that he loves you. I know they do it in the movies, but it’s often more of a “Don’t try this at home” kind of thing.

You can also get our daily updates directly to your email free of charge, simply subscribe to our newsletter 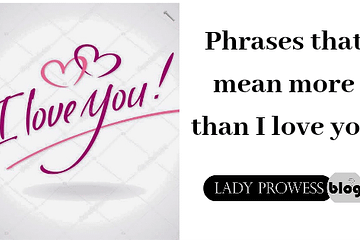 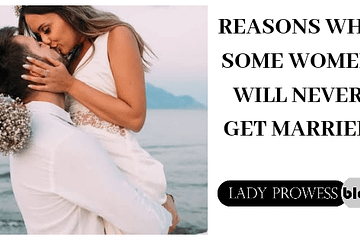